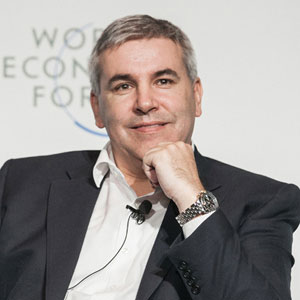 Rob Leslie, Founder & CEO
Tackling the increasing counterfeiting of government-issued documents requires organizations like banks and insurance companies to think beyond the face-value of passports or driver’s licenses to establish an individual’s identity. Combating identity theft requires verification from government authorities that issue documents to individuals. Establishing a seamless and foolproof link between document-issuing authorities and businesses that need to verify an individual’s link is Sedicii—a technology firm offering state-of-the-art identity verification solutions while ensuring privacy and the complete security of personal information. “Sedicii believes that individuals own their identity and therefore provides a royalty to the individual whose identity is verified on the platform,” mentions Rob Leslie, founder and CEO, Sedicii.

Sedicii’s core offering is an identity verification platform developed using Zero Knowledge Proof (ZKP)—a protocol allowing two organizations to discreetly verify whether they have the same information about a given person, such as name, address, and date of birth. Consumers alone have access to change or update their personal information, which is not stored in the platform. The platform features an index that helps an organization like a bank to verify the similarity between attributes held by the government and those held by the bank. “At the end, the platform confirms whether or not the two sets of attributes match, without any data being exposed,” states Leslie. The company’s expertise in ZKP made possible a ground-breaking venture, wherein people could log into websites without disclosing their passwords, but by “proving to the site that they know their password.” Since the password is not transferred, there is nothing for a hacker to steal.

Leslie mentions the instance of a large Irish bank that used a utility provider to verify names and addresses of citizens seeking to open an account; confirmation from the utility proved to the bank that the details provided are true, following which the individual would receive a royalty. “It is probably one of the first times that consumers gain monetary value for a service connected with their personal information,” says Leslie. He further adds that rewards can be in the form of discount coupons or air miles, coffee shop tokens, or even cash, as deemed fit by service providers. Customers can easily update personal details like address on the platform, which would automatically notify others on the platform, with the user’s consent.

Going forward, Sedicii has several groundbreaking ventures in its pipeline. For instance, to combat phishing threats, the company has built an email approval system with two-factor authentication that alerts recipients through push notifications about emails containing suspicious content; only after an approved genuine sender confirms they sent the mail would it be delivered to the recipient’s inbox. Leslie mentions that Sedicii is leveraging ZKP to enable a hassle-free check-in process at airports by allowing individuals to declare their identity through any valid document such as a passport. The company has also built a social media tool to verify the identity of people commenting negatively about an organization and contact them immediately to understand the issue in totality. The tool’s ability to combat the menace of fake news has also garnered attention. Innovative ventures with an unwavering focus on adding value to clients are bound to propel Sedicii to greater heights. 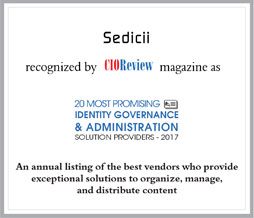 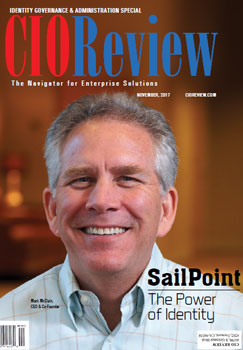